To bury a checker is to play a checker down to the deeper points in your home board, so it can't be used for making new points or hitting your opponent's checkers for the rest of the game.

In this position a beginner might be tempted to bury a checker: 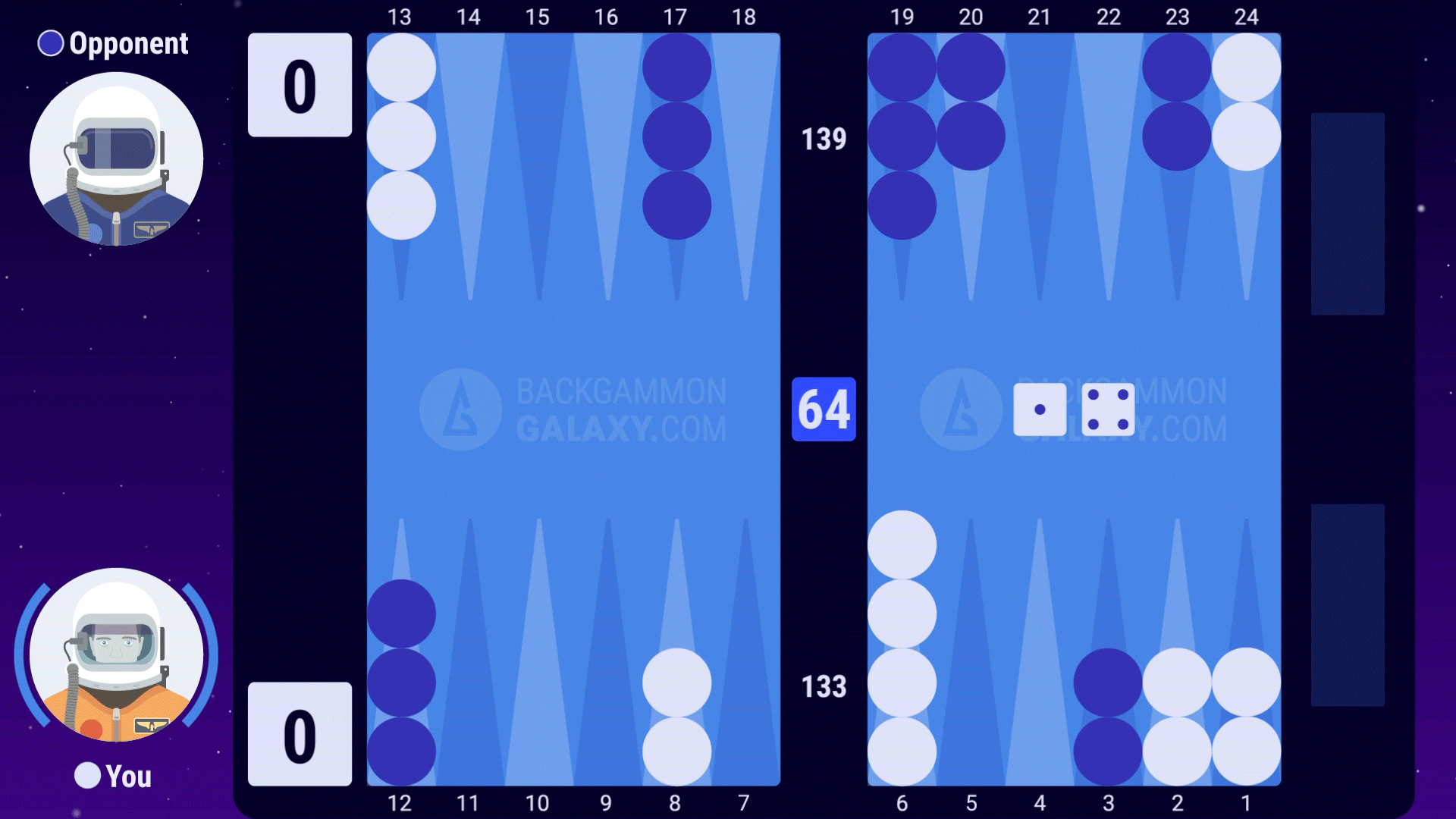 Moving a checker from the 6-point to the 2- or 1-point is a big blunder! This checker will be buried for the rest of the game.

You should aim to conquer the open points in front of your opponent’s rearmost checkers. That’s why the correct move is 13 to 8. It keeps all your checkers alive and provides a useful builder on the 8-point to help you close the 7, 5 or 4-point on your next roll.

“If you bury checkers you’ll have fewer checkers to move the rest of the game, which decreases your flexibility, safety and ability to build a prime.”

“You only have 15 checkers in total, so use every single one of them as efficiently as possible!”

In backgammon there’s a term called “crunching”. This is when your checkers are forced to be buried while the priming battle is still on, and it’s the worst possible positional disadvantage. 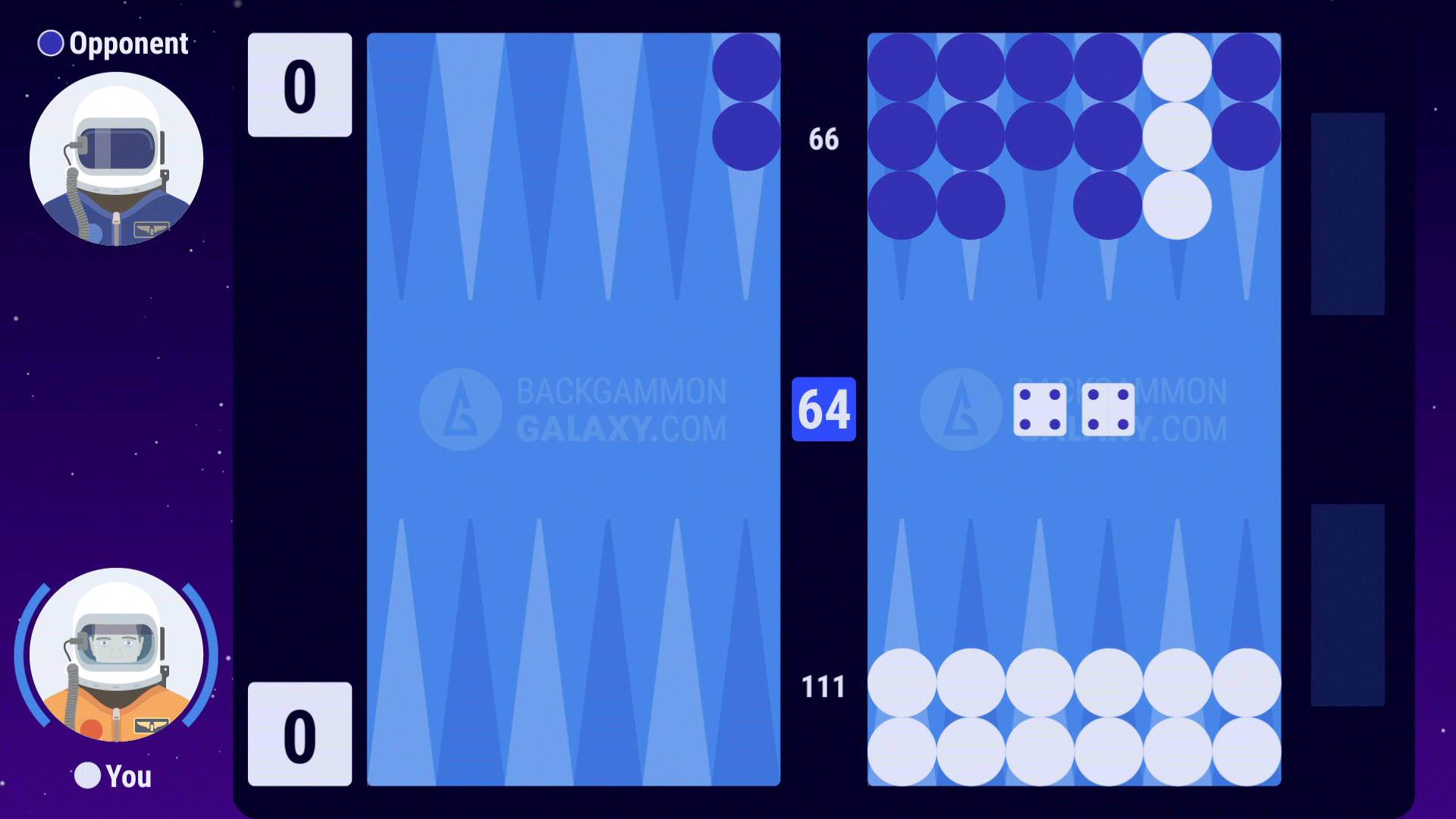 When you’re priming your opponent you want him to crunch his front position while keeping him trapped. This will effectively win you the game almost every time.

Avoid crunching at all costs – especially early in the game. In the end game we might be forced to crunch if the alternatives are too risky.

Lesson number 2: Don't run if you’re behind in the race!

To figure out who is leading the race you must look at the pip count. The player with the lowest pip count is ahead in the race. In fact, the race dictates the most fundamental rule of thumb in backgammon strategy:

“If you are ahead in the race, you want to avoid getting hit and bring your checkers home.”

“If you are behind in the race, you want to try and hit a checker, since a pure race will leave you in a losing position.”

When you’re behind in the race you have to try and hit your opponent to improve your winning chances. Running away will decrease contact with your opponent’s checkers, thereby making it very difficult for you to hit him. So stay behind and wait! 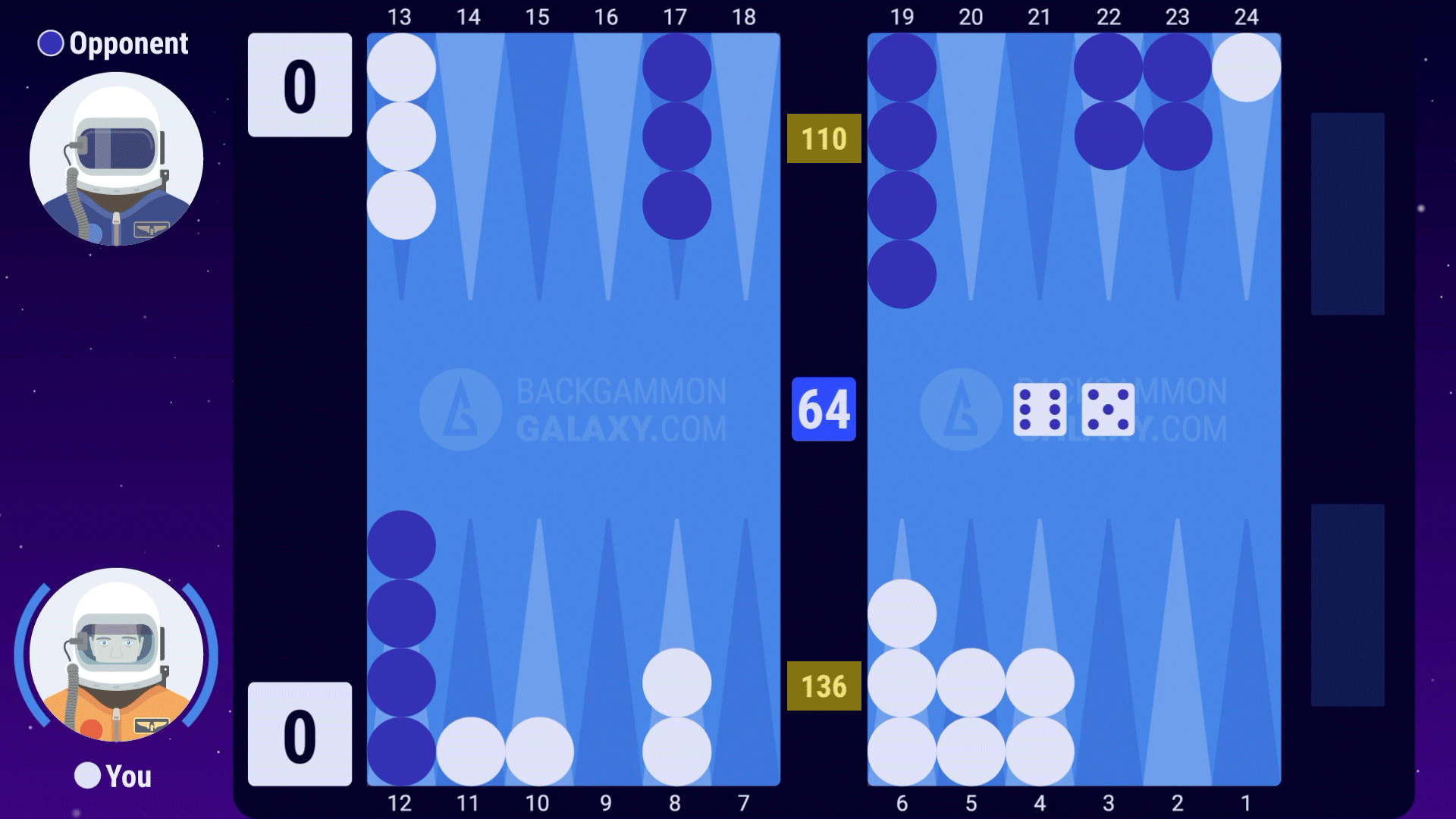 Your opponent has escaped his backmost checkers while you’re still trapped with one checker on the 24-point. If you run with this checker by playing 24 to 13, you'll be in a straight race with 15 pips down. That's a losing proposition. The right idea is to stay back with this checker and wait for an opportunity to hit. Meanwhile you should focus on building your prime, so you'll have a strong front position to win the game in case you get lucky and hit your opponent. 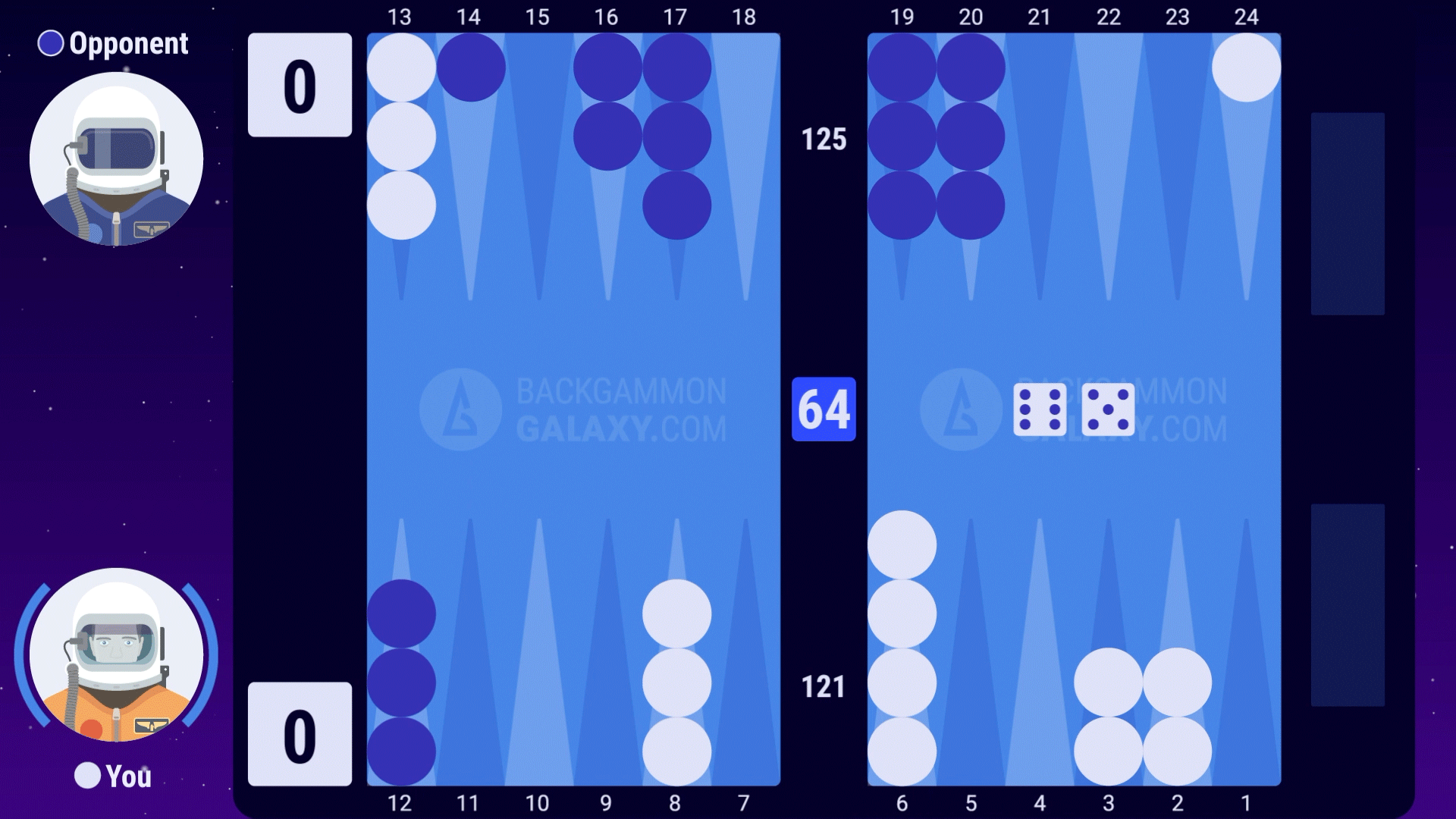 After moving you'll be leading the race by 15 pips. That’s why you should use this great roll to escape your backmost checker. Since you're ahead in the race, you want to avoid getting trapped behind your opponent's prime. Playing 24 to 13 makes for a racing game, which is exactly what you want when you're leading 15 pips.

Beginners will often play too safe and not prioritize developing their position.

Developing your position means to improve your overall structure of points. To achieve this, you must take some small risks along the way. 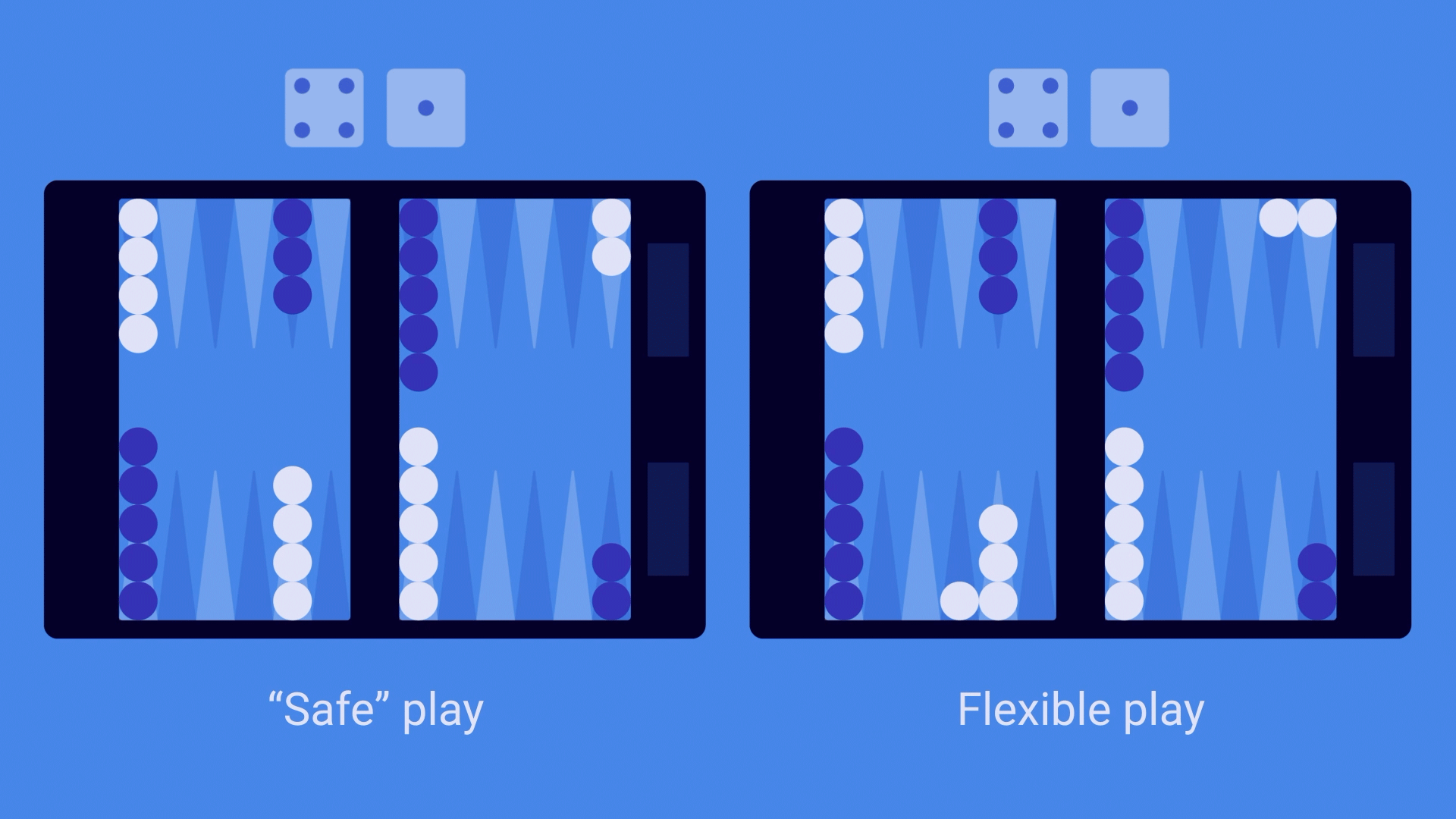 The opening game is a great example. 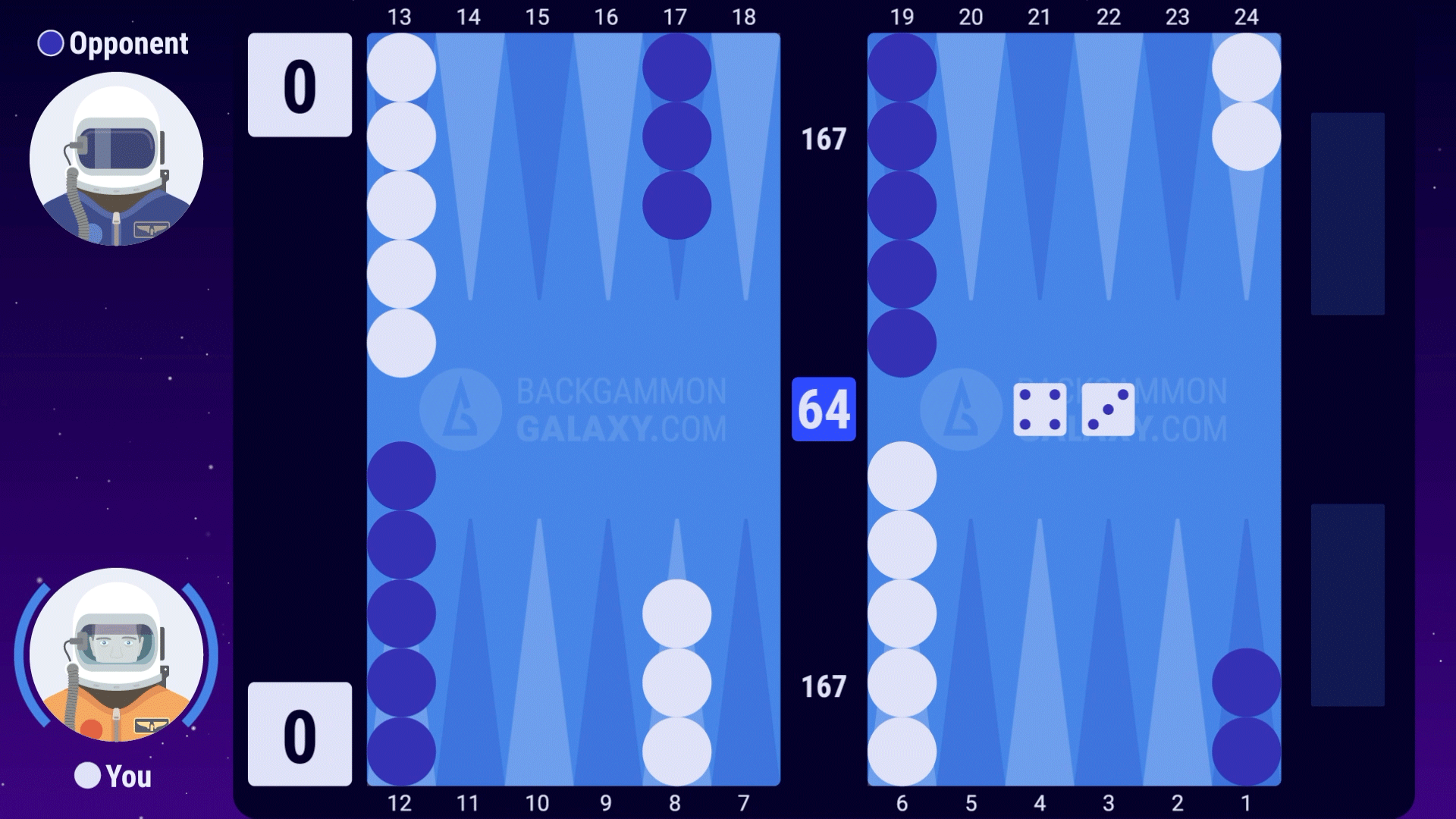 The beginner would move 13 to 6 but this is too safe. You want to take some risks to force development – especially while your opponent also has an underdeveloped front position.

A much better move is 13 to 9 and 13 to 10. It doesn’t leave your opponent any direct hits, and it gives you an excellent distribution of builders to form a prime quickly on your next roll.

“If you don't develop your position quickly, you might end up in a game with a serious positional disadvantage.”

“An underdeveloped position will make it difficult to trap your opponent’s checkers, and it also makes it more difficult to run home for safety when you’re ahead in the race.”

Backgammon is a balanced game between offense and defense. The main feature to look for when deciding whether to make a safe or an aggressive play, is the strength of each player’s home board:

If your opponent is too strong you should play it safe, since getting hit could be fatal.

If your opponent is underdeveloped, you can take more risks and play flexible. 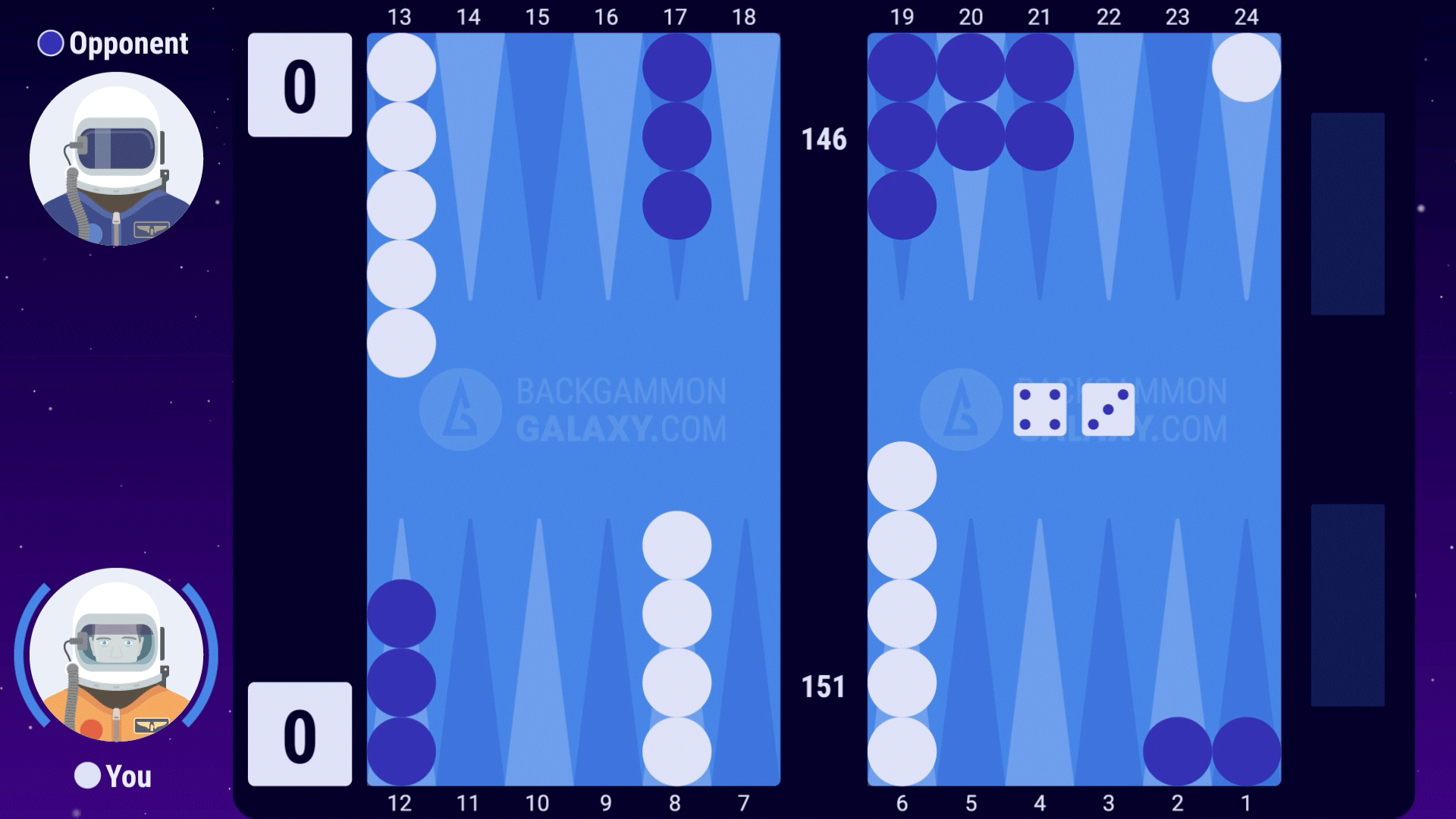 In this example your opponent's front position is simply too strong, and we must play it safe with 13 to 6 even though it's very inflexible with six checkers on the same point. Since the race is still quite even, your main game plan is to get your backmost checker to safety and try to win the race.