The best way to prevent getting trapped behind a prime, is to secure an advanced anchor. The advanced anchor is one of the most important positional features in backgammon. This is an anchor made in your opponent’s home board or bar-point, and it essentially destroys all his offensive game plans. 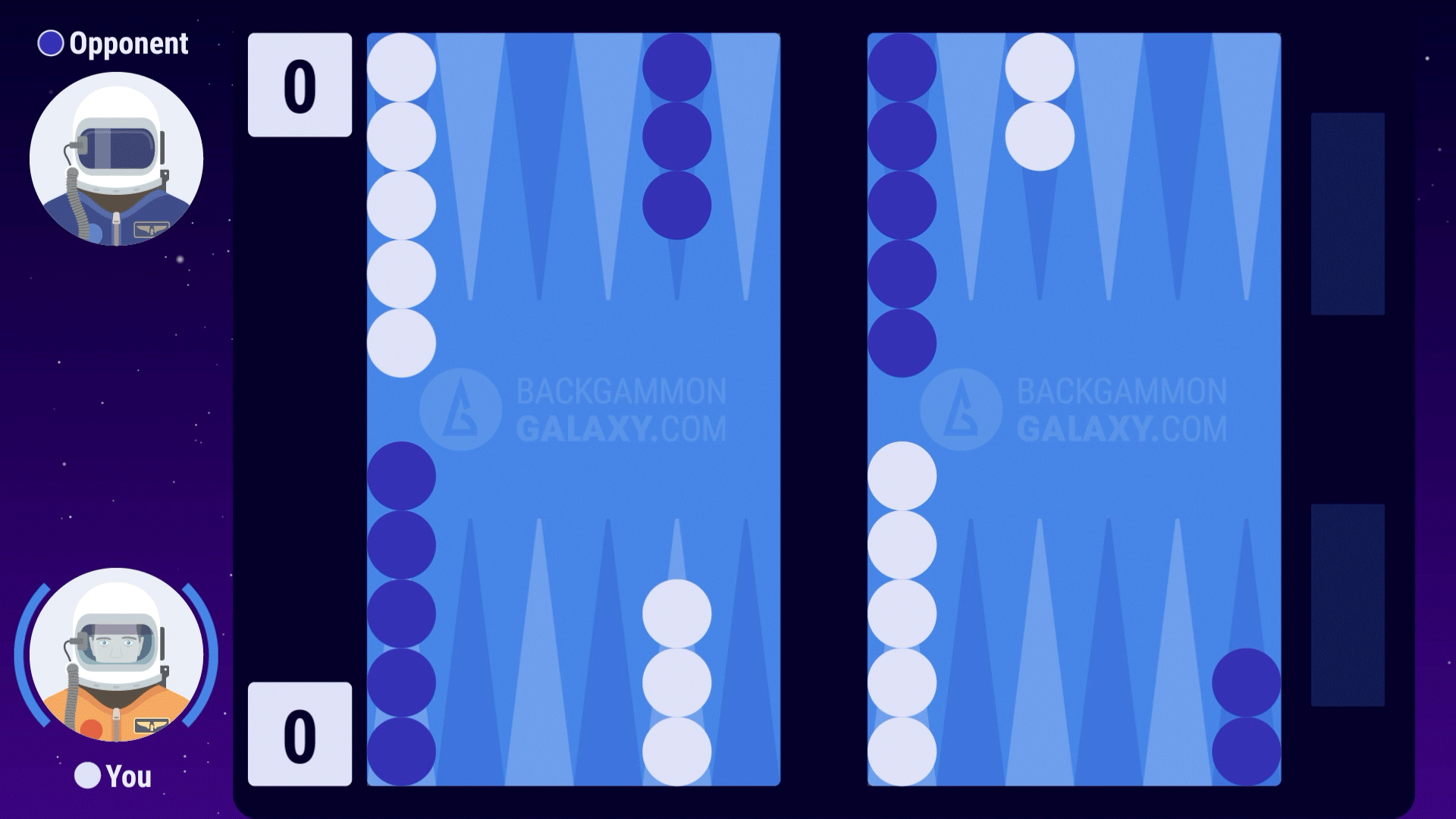 A typical beginner’s mistake is to forget to move the backmost checkers, and as a result they get trapped behind a prime.

Here’s an example of rolling 5-4 in the opening. This is not a good roll as you can’t build any new points with it. However, by playing 24 to 20 you’re taking the first steps towards making an advanced anchor in your opponent’s home board, and you won’t lose too many pips anyways should this checker get hit. 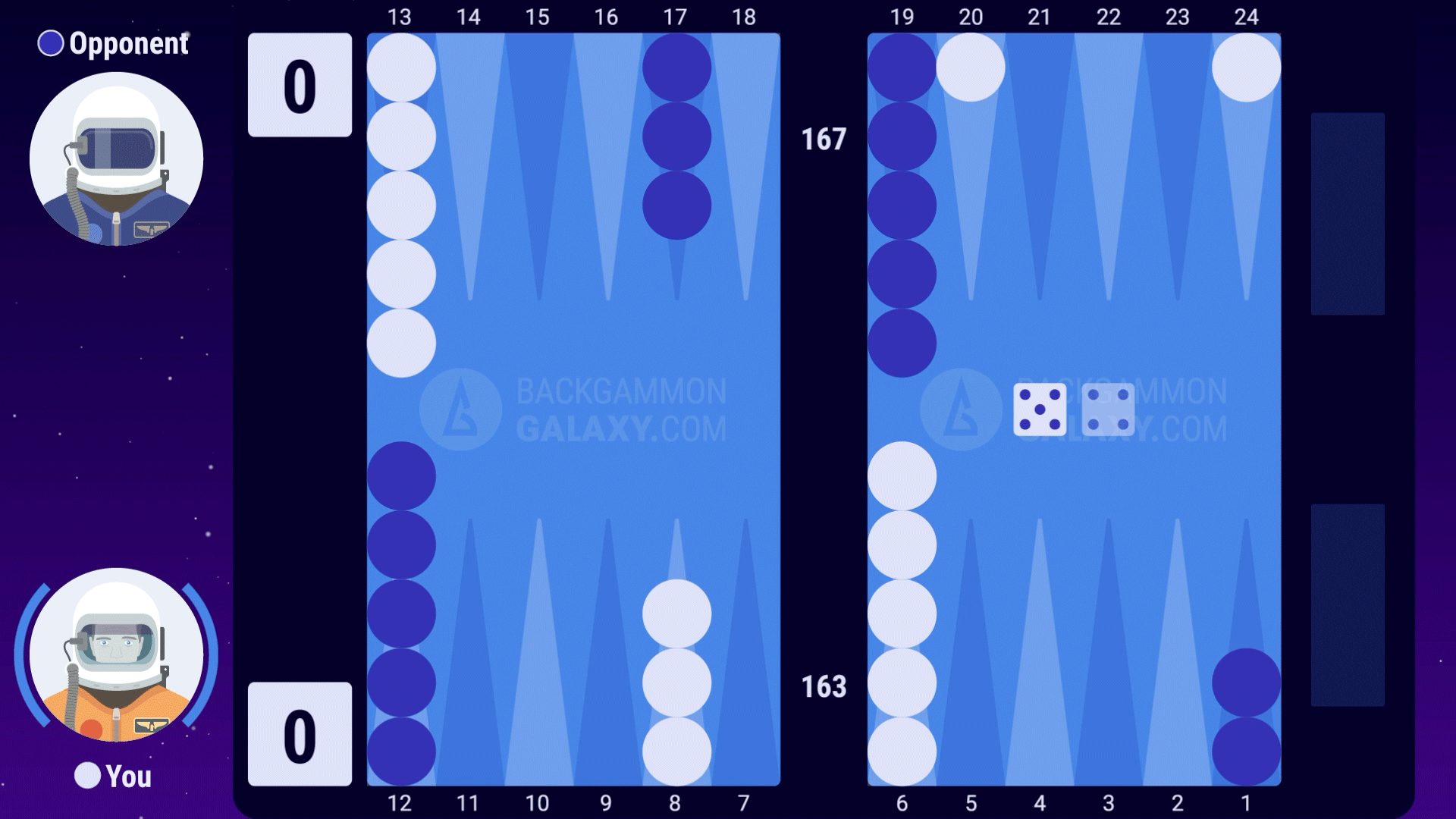 “Securing an advanced anchor is one of the primary goals in the opening game.”

“If you have an anchor on the 20-point, your opponent won’t be able to trap you behind a prime or even make a blitz attack to close you out.”

A typical beginner’s mistake is to put too many checkers on one point. This is referred to as “candlesticks”. 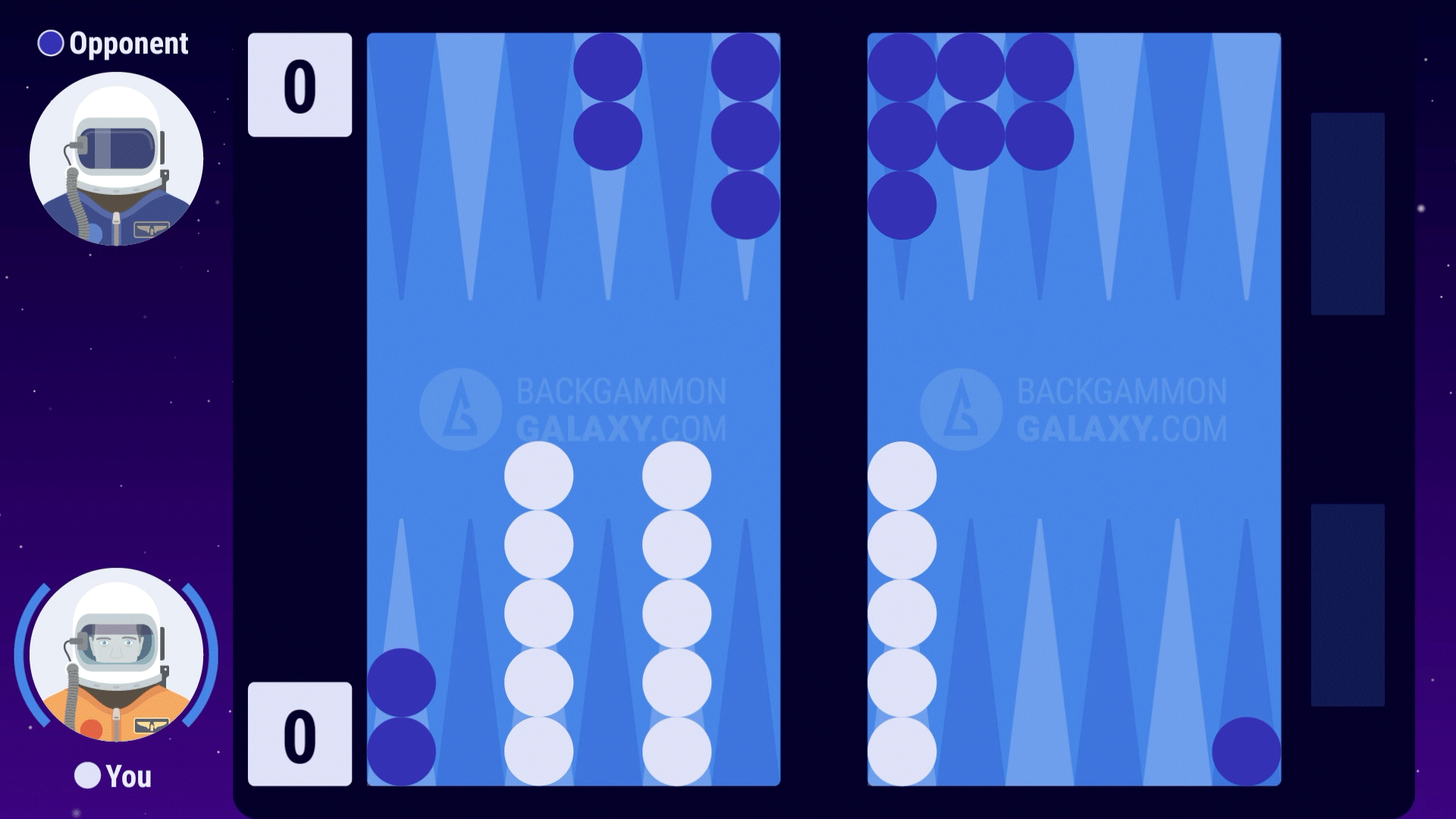 In the example to the left we have two candlesticks and two stripped points. 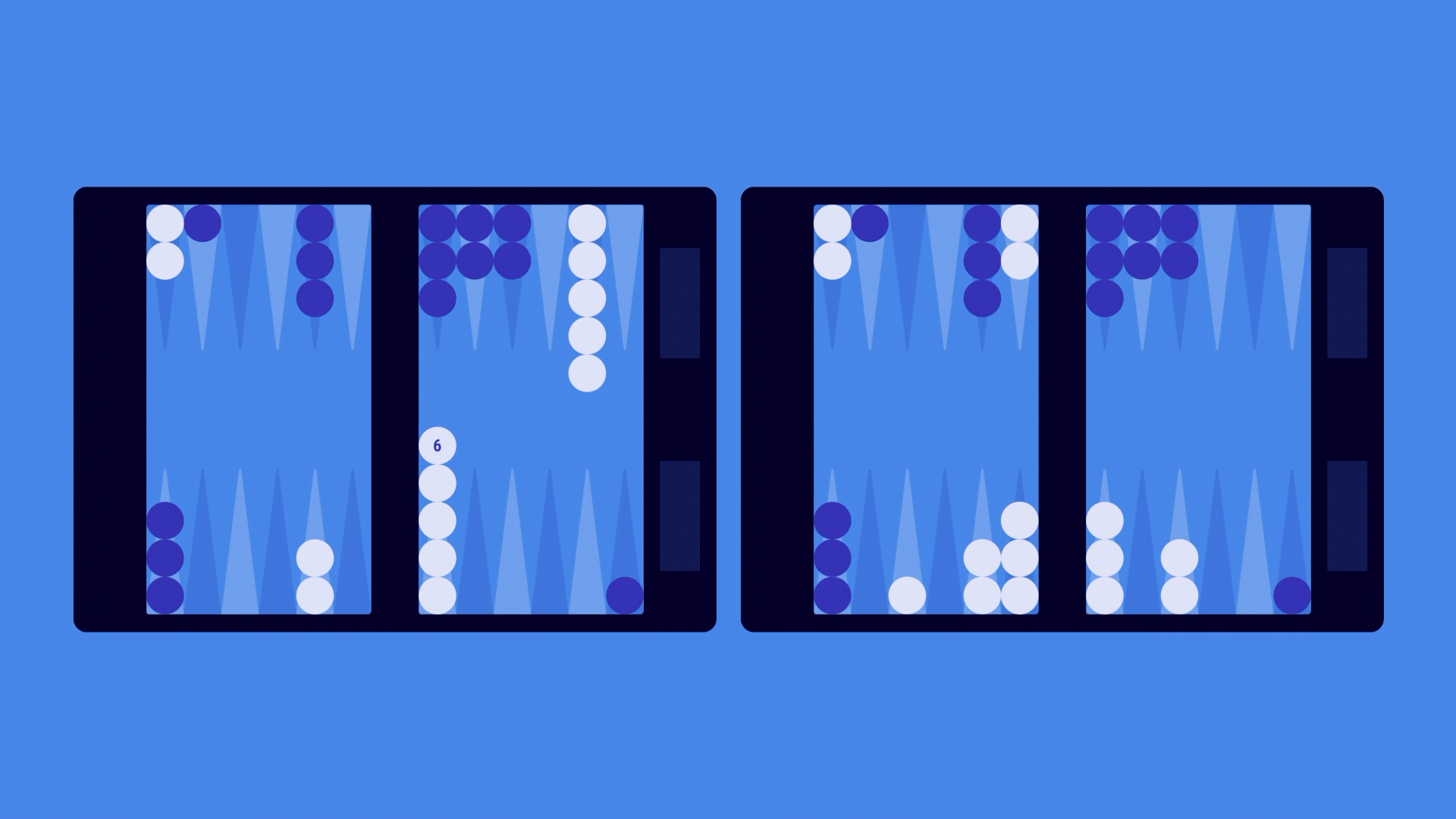 A stripped point is an anchor with no spare checkers.

This is a very inflexible and vulnerable position, and many of your upcoming rolls will force you to leave your opponent one or more shots. Furthermore, it’s very difficult for you to improve your overall position from here.

In the example to the right you have a nice and flexible position without any candlesticks, making it easier for you to constructively use your future dice rolls. Notice how your builders are nicely distributed to make the 5-point on your next roll, effectively completing your 5-prime.

“Stacking checkers to form candlesticks is a positional disadvantage, since it leaves you with an inflexible position.”

“You should always strive for flexibility, as this generally makes it easier for you to improve your position.”

Backgammon is a racing game. That’s why you should try to avoid getting hit, since a hit checker has to start all over again.

Also, when a checker is hit you are forced to use at least half your roll to enter from the bar, effectively making it more difficult to develop your position or attack your opponent.

A single checker is called a blot. This checker can be hit if your opponent lands on it.

A typical beginner’s mistake is to play carelessly with his blots. So be careful not to leave any unnecessary direct shots to your opponent – especially on your own side of the board, as they’ll have to go a long way back if you get hit. 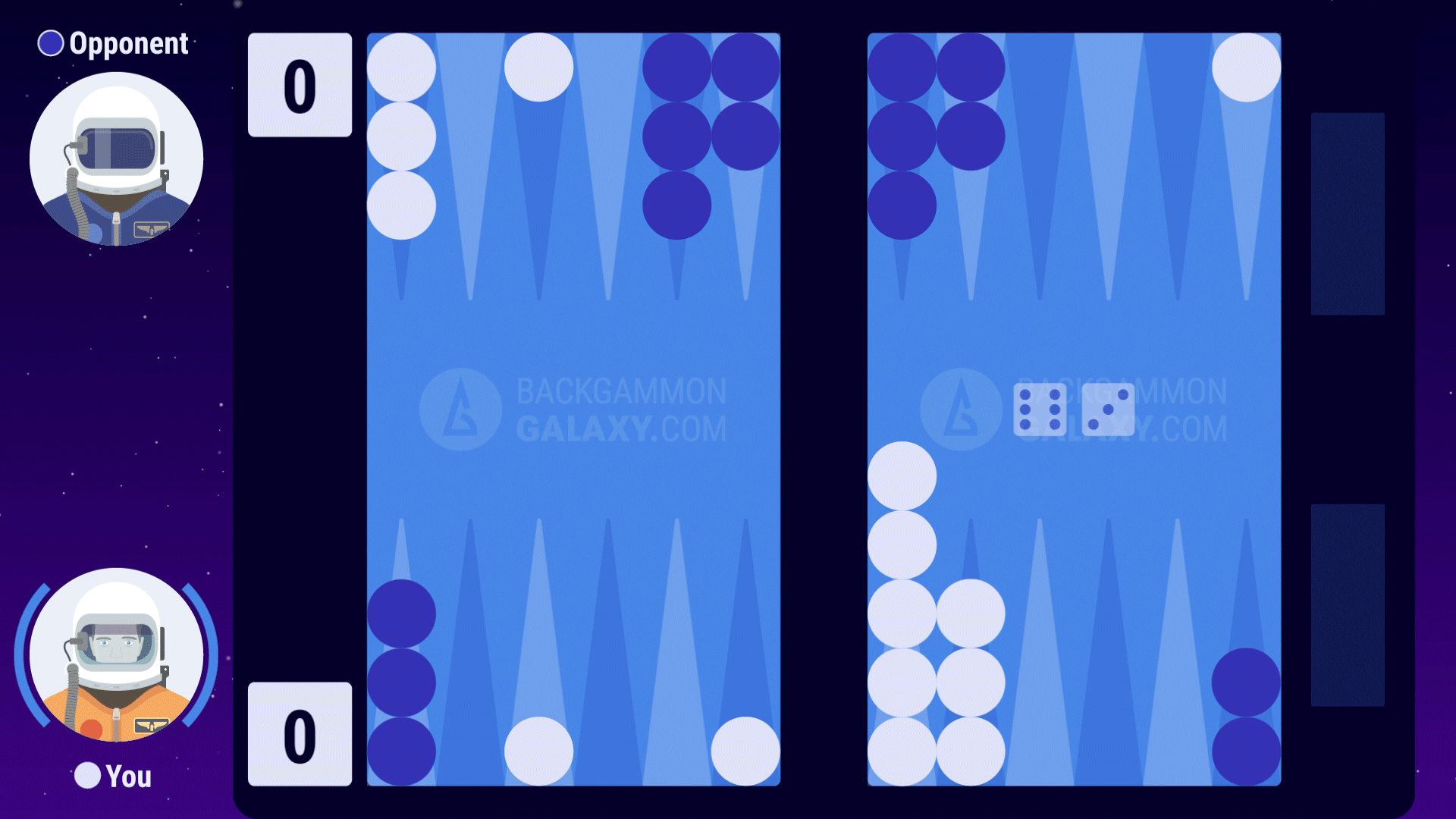 A direct shot can be hit with one die, and is therefore much more likely than an indirect shot, where a combination of both dice is needed to make the hit. 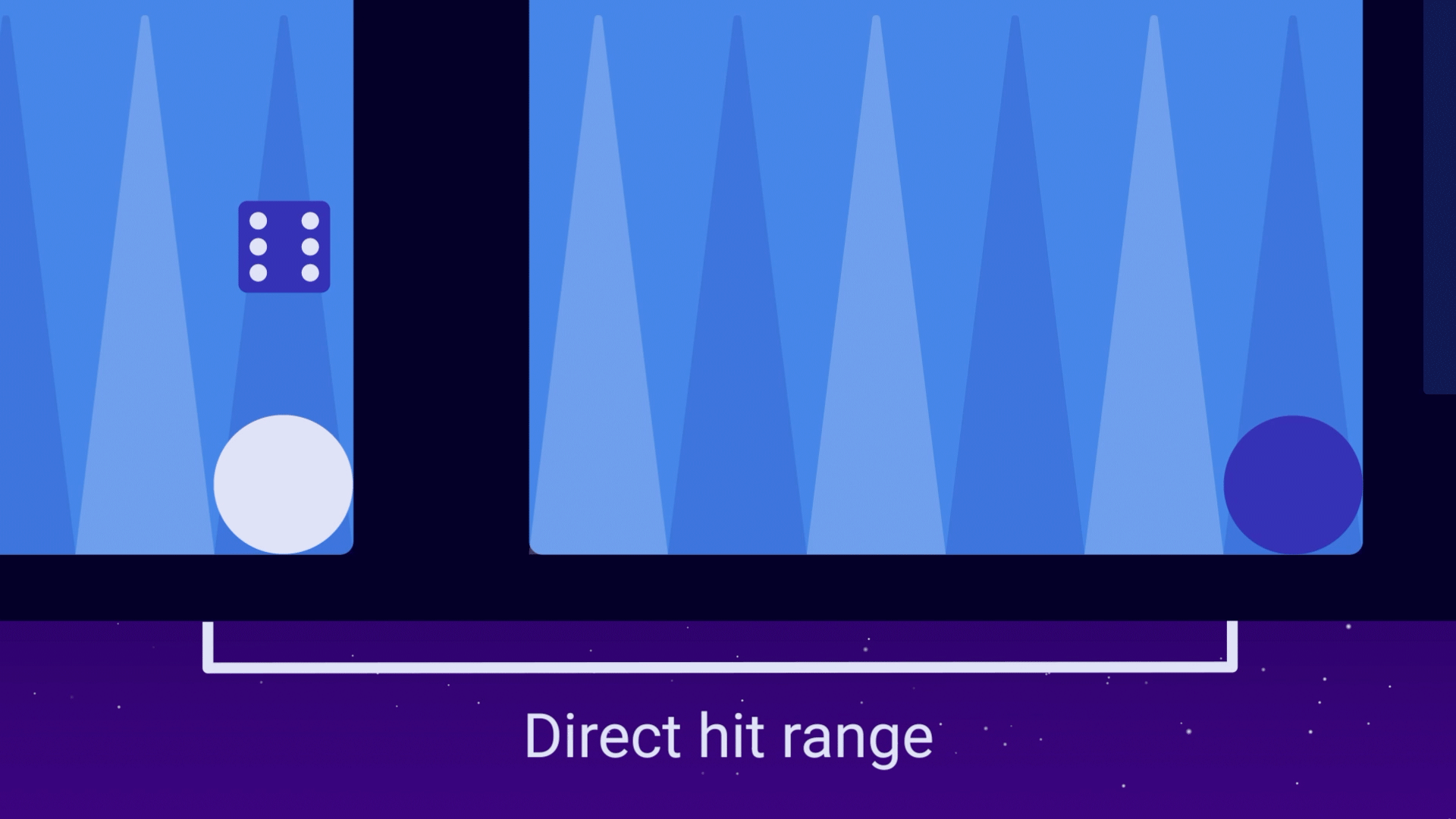 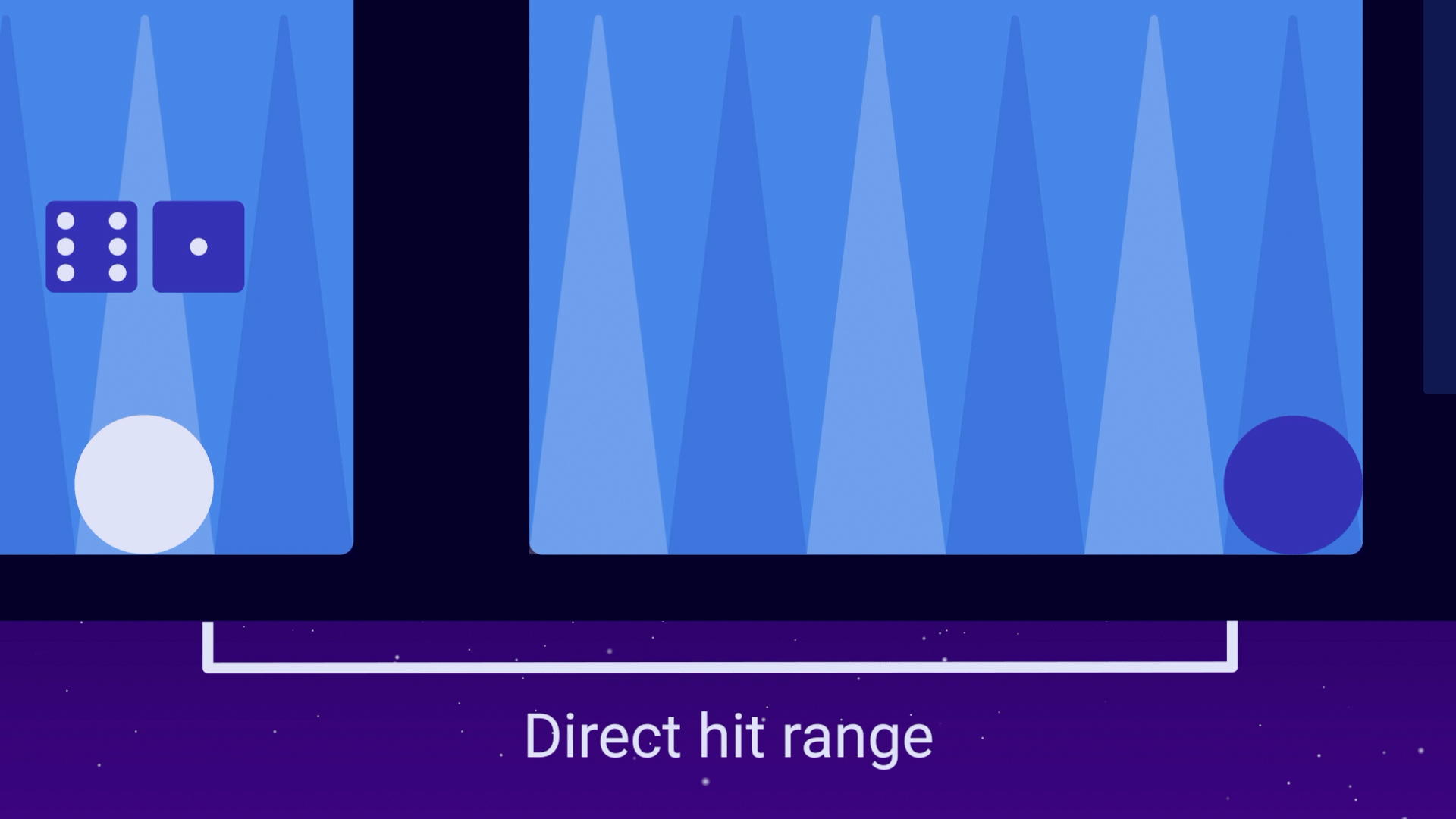 “Don’t leave any unnecessary blots in direct range of getting hit. When hit, you lose pips in the race as well as half your roll to develop or attack.” 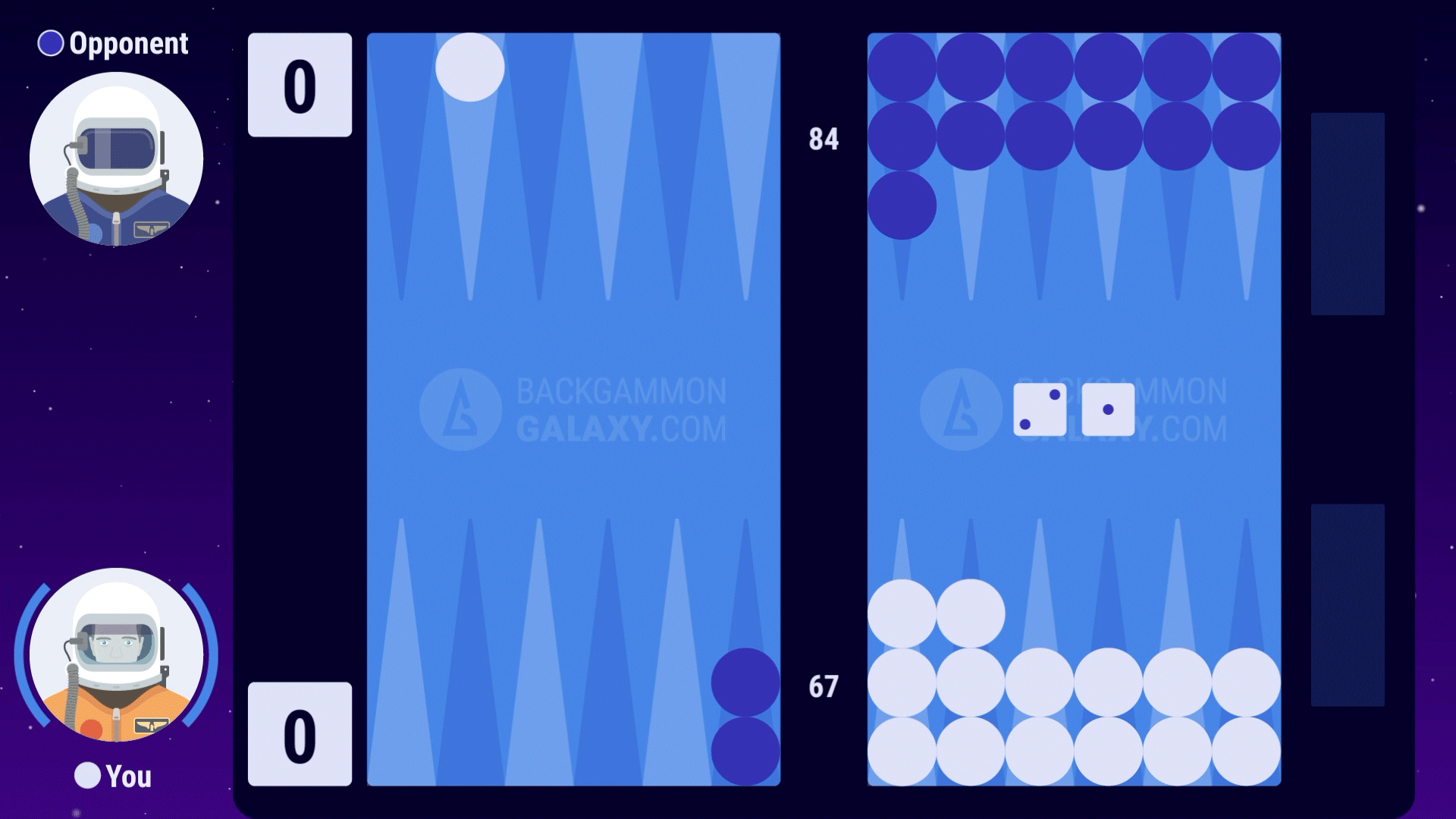 In this position your game plan is to get your last checker home to safety, and win the race from there. If you get hit you’ll lose the game, since your opponent has a closed home board.

In order to minimize the probability of getting hit, you should stay out of direct range of six pips from your opponent’s anchor. So moving 6 to 3 is the best way to go! 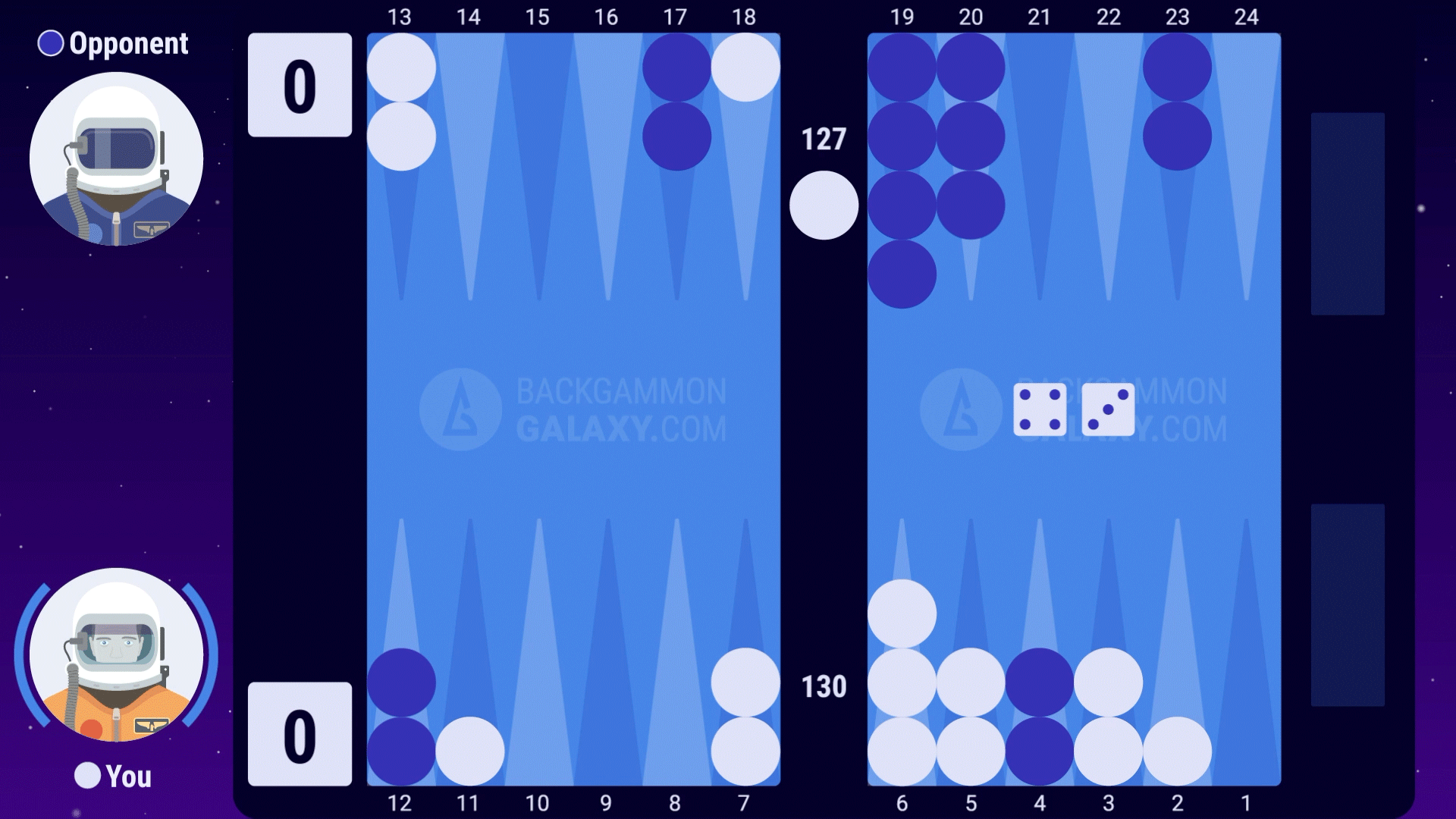 In this position, the worst possible move would be something like “bar to 22, 13 to 9”, which would expose no less than five blots to your opponent! The first priority of White player is to clean up his blots. The best move is “bar to 18”, which makes the advanced anchor on the bar-point.